Claudia, a thirty two year old former Olympic athlete came to see me with severe back pain diffused throughout the middle of her back and in the lumbar region. Her pain began three to four years prior and became most acute after long days of work. Observing the photo of Claudia bent forward, we can see clear signs of scoliosis which developed five years prior to this time.

Claudia's muscle tension at the height of the kidney region was quite substantial, spreading throughout the whole trunk of her middle and lower back. Similar stress in the lower levels of the musculature, especially the intercostal region resulted in rotation of the ribs in this area and the connected vertebrae.

We were limited to just one 90-minute session, and I knew that using needles would take more than just one visit. Although efficient, with tension due to a structural change such as the one we were facing, acupuncture would simply take more time. I opted to try The One Minute Practice. 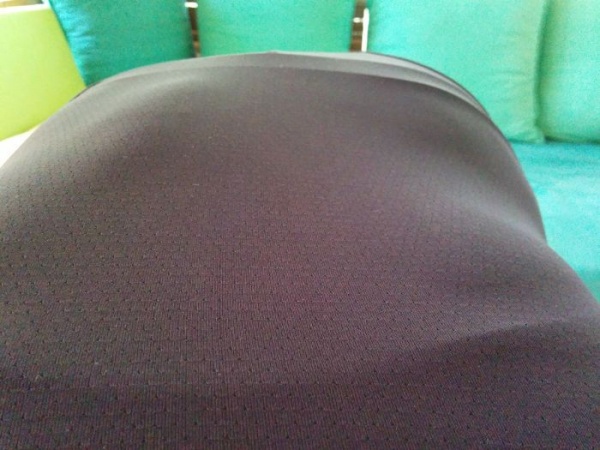 Claudia is bending forward from a standing position. Note the wave the ribs do from left to right. 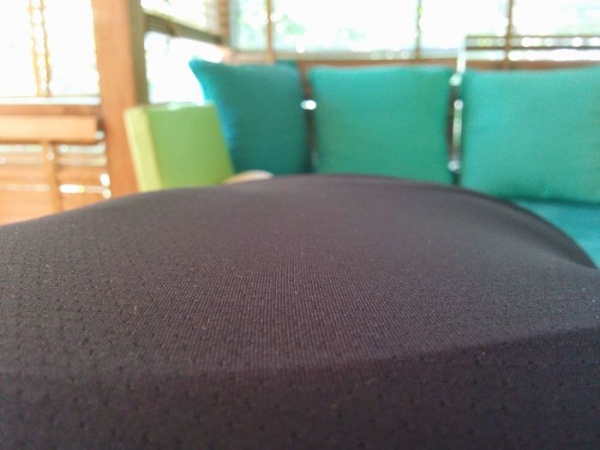 How does it work?

The One Minute Practice works by relaxing tension of the postural muscles so that the body realigns naturally. When the structure of the body returns, the internal organs follow. This results in normal functioning and activity of the body as a whole.

The key to the One Minute Practice is to use a specific type of breath work to remove trigger points. These points create areas of sensitivity that are similar to small knots in the muscles which shorten the fibres, resulting in tenderness upon touch. In many other therapies which address trigger points there are countless techniques used to tackle and release them.

Uniquely, The One Minute Practice very effectively uses only breathing techniques to release the trigger points.

One of the greatest aspects of this practice is that during the session the client is being trained to integrate the practice into their daily life. This empowers them to take their recovery into their own hands and deal with pain immediately, often avoiding the need for another session. In many cases the client learns enough during the first session to prevent a possible rebound effect from occurring. They also discover how to transform old habits which may have caused their condition in the first place. The goal is to provide a solution rather than create a dependency.

In Claudia's session our objective was to address the trigger points which were the source of the scoliosis. Imagine if scoliosis was something we caused ourselves. Picture a person carefully placing each trigger point so that the appropriate muscles began pulling in a specific direction. As a result, the spine would begin to curve. The One Minute Practice does the opposite. It activates a reversal of the trigger points. One by one we release each point. This allows the muscles to relax, therefore letting the spine return to its balanced form. The time it takes to address each trigger point depends on the size and number of points in each body. Because Claudia was used to focusing on her breath for her sport, the breathing practice came quite naturally for her.

The "first steps" serve to teach the client how to use the breath to release trigger points, ideally reaching the level where each focused breath removes one or more point. In each case the number of points present varies. In Claudia's body we removed about one hundred points in seventy minutes. Working with a practitioner speeds up the process, often releasing one or more trigger points per breath. Working alone as a beginner averages one trigger point per 3-5 breaths.

Claudia developed scoliosis after age 28 and was previously a professional athlete. The arrangement of the trigger points was in the basic form of a spiral, causing the restriction in the torso. Once removed, her body rotation easily began to go back to a normal state.

In a situation where scoliosis has begun to emerge from youth, major postural muscles have developed very asymmetrically. The first step of the practitioner would be to remove trigger points to allow the ribcage to return to its natural form. Relearning how to use muscles that have been neglected is an added step to this process. Such cases take time and dedication. Usually postural rehabilitation (like pilates or postural coaching) can complete the treatment.

Claudia's sessions resulted in a very obvious release of many trigger points that caused her scoliosis. As we can see in the photo below, the structure of her spine has returned to a healthier form. It remains a bit offset from the ribs, yet the causes of this offset were areas which she could continue to work on alone with the skills she obtained in our session.

Claudia later confirmed that she successfully continued to apply the One Minute Practice to control the trigger points from re-manifesting. She has remained scoliosis free since then.